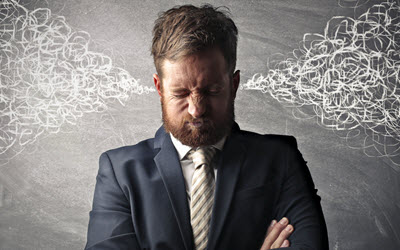 Connor found the letter at his bedside, and that’s what it said.

His wife, Tonya, had written it.

He couldn’t believe it! What was she talking about?! Yeah, he’d been losing his temper a bit more than normal…

But things at work had been chaotic. He’d lost a couple of major accounts and had huge deadlines coming up.

Anger was really costing him…

He hated to admit it, but it was true.

He’d punched the wall a couple of times and had put a hole in the drywall.

He’d been drinking more than usual, and some of his work buddies seemed to be avoiding him.

He’d started to notice his temples and heart pounding. His doctor even told him to “get his blood pressure taken care of.”

He’d been yelling more at Tonya and the kids, but he hadn’t realized she was ready to leave him if he didn’t get help!

Yet another thing he hated to admit: This is kind of what he always felt like on the inside.

He was always just waiting for someone to say something wrong or to look at him sideways.

Anger, over time, can get out of control if left to fester inside.

It can come out in a tirade (think road rage), on the phone with an upset customer (think lost business)… or in any number of situations.

Once in a while is one thing, but when it starts happening more often and with greater intensity… and causes more problems in a man’s life, it’s like a forest fire that’s gotten out of control.

I understand anger… and I want to help.

Connor was feeling defeated, guilty, and… well, ANGRY about having to come to counseling.

But we connected as men and he learned that I, too, have struggled with anger in my own life.

You see, I was always the nice guy. I would suppress my anger for a bit… but then take it out on those closest to me.

Once Connor heard me talk about my own struggles, but of how I’ve learned to handle anger effectively, he felt less ashamed. 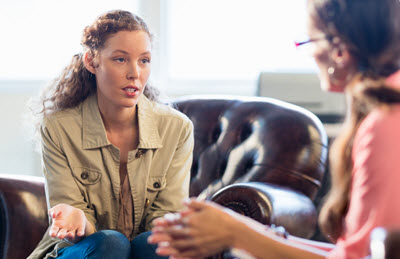 What Counseling Offers You

We started talking about his anger and I taught him some of the techniques I’ve learned from my own personal counseling and reading.

He read the material I gave him, practiced new ways of thinking, and became more confident in handling situations that used to cause him to “lose it.”

It’s taken some time, but his wife, kids, and friends, are beginning to trust him again.

You’re not alone… reach out today for help.

According to “Men’s Health,” 10 million men in the United States deal with destructive anger. That’s a lot of men!

Men are taught to be strong, assertive, or to handle things on their own.

But sometimes we need help, and reaching out for help is that show of strength… of getting a handle on things.

It’s time to tame your anger… to go from out-of-control to under control.