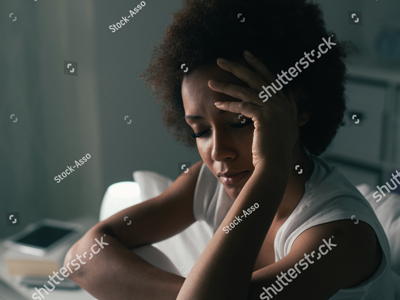 John has felt this cloud creeping up on him over the last six months. He started feeling more and more tired. It’s hard to focus at work.

He tries to get to work, but he’s started calling in sick. He sleeps 12 hours a day on his “sick days.”

When he forces himself to work, he questions why he’s even there. There’s no purpose to his life, and it’s a struggle just to get up and get dressed.

He’s just letting go of certain things in life—like cleaning the house, washing the dishes, and making meals. He’s even stopped taking showers or shaving every day. It all takes way too much energy.

Slowly he’s started hating himself, stopped talking to friends and family, and just sitting in his living room with the curtains drawn.

He knew something was really wrong when he started daydreaming about ways to end his life.

Statistics from the National Institute of Mental Health show that, in 2017, an estimated 17.3 million adults in the United States had at least one major depressive episode. That’s 7.1% of all US adults.

About 5% of all American men suffer from depression…

… yet men often have the hardest time asking for help. 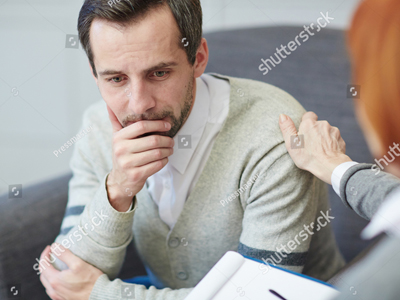 With therapy, depression is one of the most treatable conditions.

John reached out to me for help, and I started by coaching him to pay attention to his behavior and thought patterns.

John didn’t know that some of his behaviors, like lying in bed or staying in his house too long…

And some of this thoughts, like “my life has no purpose”…

…were actually making his depression worse.

Together, we conducted behavioral experiments to gently change these behaviors and thoughts.

John found that, surprisingly, as he acted and thought differently, he slowly began to feel a little better.

In the sessions ahead, we also made sure he got a full medical checkup to rule out physical causes for his depression.

Over time, John felt more energized and positive. We cut back sessions to every other week, then once every three weeks.

There is hope… and I can help.

I’ve been working in this field for almost 20 years, and I’ve worked with many men like John—quickly earning their trust with classic expertise.

There’s a lot of research on what works, and I have always committed myself to knowing the research and practically applying it in sessions.

Like John, I can teach you to teach yourself how to get out from under that creeping cloud. The road back is tough, but it’s well worth it.

Therapy works… if you’re willing to do the work!

“We all go through the sludge and depression never discriminates. Took me a long time to realize it but the key is not to be afraid to open up. Especially us dudes have a tendency to keep it in. You’re not alone.”